As a human rights activist, I have often had male peers, friends, colleagues and some female peers, ask me why I mostly advocate for women’s rights more than I champion for men’s rights. Advocating for women’s rights has been a journey admired by many but also despised by some. In some cases, it has earned me derogatory remarks, especially from strangers, as most of them assume I am misandry.

Well historically, in Africa, women have been more disadvantaged than men, because of the patriarchal systems that favoured men over women, hence my quest after gender equality. However, it has dawned on me that they are men out there suffering in silence and carrying around with them untold pain and traumatic experiences. There have been male victims of gender-based and sexual violence. Hence there is a need to talk about the gruesome abuses they are facing daily.

According to the United Nations, gender-based violence is any physical, sexual, verbal, psychological and mental harm or suffering towards any human being including threats of such acts, coercion and arbitrary deprivation of liberty occurring in either public or private life. It occurs between families, household members, wives and husbands, boyfriends and girlfriends or parents and children. The abusers can both be men or women.

African communities are not aware of the experiences and effects of men abuse. Gender-based violence (GBV) has often been characterized by female victimhood and male penetration such that it has become difficult to believe that boys and men can be victims too. This is not to deny that girls and women are the most affected but a quest to help communities understand and normalize that the other gender could be at the other spectrum end of male victimhood.

Gender-based violence experienced by men is rooted in the masculine expectations by societies at large. The over-glorified aspect that “men are superior to women” in most African cultures is the same root that births this problem. In a world where boys and men are stereotypically subjected to constructions of masculinity, it’s difficult to believe that the same boys and men deemed both physically powerful and mentally strong-willed can be abused.

Such complexity of vexed power relations has prevented boys and men from disclosing any abuse they may be enduring as they fear shaming, name-calling and the disrespect such disclosure comes with from both females and peer alpha males. They would instead opt to suffer in silence.

Time and again I have witnessed males being trolled on social media platforms for allegedly being called gay simply because they possess strong feminine traits, of which in most cases these are heterosexual men who bypass the standard expectations of society. Talk about gay men there are the most abused in African communities. People who disapprove of their sexual preference take it upon themselves to infringe their human right, which is wrong.

The fact that boys and men can be at risk of being abused is often glossed over. Countless times I have come across boys who are sexually abused by nannies, helpers, sisters, aunties and mothers who coerce them either by death threats or physical battery into performing incest activities.

Sexual activity performed without any individuals consent or understanding in the cases of minors is considered rape and a violation of that person’s fundamental human right. These children grow up to be adults who struggle to blend within societies or become monsters who will project their pain on other innocent children. However, in a few cases, they usually become activists, advocating against whatever bad experience they suffered from.

Grown men, heterosexual or gay are also at risk of experiencing gender-based and sexual violence. These men endure physical, sexual, economic and psychological abuse. They are physically battered, burnt with hot water or oil, assaulted, deprived of liberty, and in extreme cases, man slaughtered by either women or men.

The most common trait under physical abuse is isolating him from family and friends and preventing him from having outside social contact with people unknown to you as his spouse. This abuse is promoted by the myth that women are more vulnerable and nurturing hence incapable of abusing their partners.

Psychologically they suffer defamation of character, harassment, verbal insults and name-calling. Failing to meet the masculine expectations such as financially providing for their families leaves their masculinity in question. This often leads to belittling statements such as “you are not man enough”, “you do not deserve to be a father” “you wear the skirt, and I wear the pants” etc. Various research claims that depression is taking a toll on men, and this is the norm in most developing countries as the economies of these countries are continually deteriorating and taking a toll on their health.

Last but not least men also suffer from economic violence whereby spousal or courtship disputes end in damage of property or women not complying with the financial responsibilities of the family. Whether heterosexual or gay men are deserving of their human rights and should by no means or chances conceal their trauma. The community and police officers at large should stop socially prejudicing these men but rather offer empathic reactions and moral support.

Although efforts put research around this topic, conspicuously remains absent; therefore, more needs to be done, such as collecting the data of men experiencing GBV. This will encourage them to report their cases and speak out.

Support organizations and resources also need to be channelled towards helping men in abusive environments. Humanitarian principles should enforce governments to act impartially, meaning that aid should be provided according to needs in a way that treat all disputants equally. Women should stop perpetuating norms that fuel gender-based violence towards men. 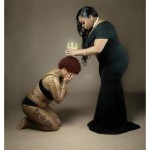 Melody (Melaw) is a human rights and gender equality activist, who advocates for women development and socio-economic justice. She is pro gender equity with experience in the logistics and supply chain industry.

How to Unleash the Potential Inside You

How African Education Has Survived During The Pandemic

Opinion: Always The People Against Insufficiency

Opinion: Corruption, An Ill That Must Be Curbed