Representation of women at the top in business in has scaled up over the years and once confined to teaching, nursing and secretarial careers, women across Africa have slowly broken the traditional path and now head powerful organizations while others are running successful businesses, a feat that could not be attained during the colonial era. Rachel O. Maia is one of the women who had made difference in Africa as she is the current CEO of Lacoste in Brazil, overcoming hurdles to become one of the most visible and admired Afro-Brazilian women in business.

While growing up in the Cidade Dutra neighbourhood in Sao Paulo, Maia was inspired by her father’s work at Viação Aérea São Paulo, an affinity for numbers, and her father’s insistence that she go to college, eventually led her into the world of accounting. Maia is a holder of bachelor’s degree in accounting from Centro Universitário FMU and earned her MBA at Fundação Getulio Vargas (FGV). She also had a certificate in Negotiation & Leadership through the Harvard Business School Executive Education Program and general management training at the University of Victoria in British Colombia, Canada.

Maia is the current CEO of Lacoste in Brazil and she began her career as a senior financial controller at 7-Eleven, where she developed her analytical and leadership skills as a junior manager. She went on to work at Novartis Pharmacy as a senior business controller. Her track record with companies like 7-Eleven, Novartis Pharmacy, Tiffany & Co., and Pandora in Denmark made it easy for the French brand to recruit her to run their South American division. She then becomes the first Black woman CEO representing less than one per cent of Brazil’s CEOs. Through her work and experiences, she becomes an inspiration for many women and people of colour across Latin America as she proved that women can also take up senior roles worse in business circles.

She had many accolades in the business sector, in 2017, Maia was elected by Forbes magazine as one of the 40 Most Powerful Women in Brazil and now that she is the head of Lacoste S.A., she coordinates a brand that has 54 boutiques, 11 outlets, six duty-free stores and around 850 multi-brand stores throughout the country.  She gives credit to her work as making space for the women who will come after her and by so doing, she opened the job market for other women in Brazil by creating the Capacita-Me project, which offers classes in São Paulo to train low-income professionals to work in retail.

One successful woman, Amanda Kahlow once said, “stay true to yourself and your vision. Don’t let anyone person’s opinion move you; listen, but be confident.” 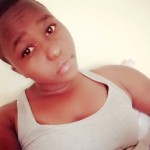 Letwin is an aspiring journalist who is passionate about technology and education. Equipped with a BA in English and Communication Honors she brags of exceptional content and creative writing skills.